Meet the HFWC Executive Board

The HFWC is led by a seven person Executive Board who serve two-year terms. Any member in good standing of the organization is welcome to run for office. 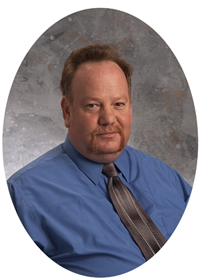 Tom Berlucchi, Chairman - Tom serves as the Chairman of the Historic Fort Wayne Coalition, a position he has held since its founding. As one of the two founders, Tom is also involved with the Grounds Committee, Events, and the daily running of the organization. Along with his commitment to Historic Fort Wayne, Tom has been employed with the United States Postal Service for 23 years with 21 of them in management positions. He is very experienced in many areas of workplace safety and has lead development of our safety plans. Tom serves the City of Detroit as President of the Advisory Commission on Historic Fort Wayne. He served in the Navy from 1979 to 1983 when he was medically discharged due to injuries sustained on Active duty. Tom holds the title of Disabled American Veteran (DAV). His career at Fort Wayne started in 1974 re-enacting in Loomis Battery. Tom holds a degree in Automotive Technology. You can find Tom around Fort Wayne also re-enacting as a member of the 7th Michigan Vol. Co. B. The first and most important role in Tom’s life is that of husband to Judy and father to his three children: Pam, Mary and Tom Jr. (TJ). 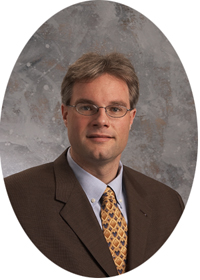 Will Eichler, Vice-Chair - Will serves as Vice Chair of the HFWC. In the real world, he is a camera and Steadicam operator. Before moving to that role, he served as a camera assistant and manager of the camera department. It is these skills as a manager that Will brings to the boards of the Coalition. Will enjoys very much the work that goes into restoration of the Fort and is happy to help the talented restoration experts that make the work we are doing possible. In the re-enacting world, Will helps Michigan by serving as one of the Union Infantry battalion commanders and is a member of the 5th Michigan Infantry, a group that portrays a regiment that spent 10 weeks at Fort Wayne. If you visit during living history events, you’ll see Will portraying a Union soldier or officer. Will is married to Wendy Eichler and is the very proud father of 4 year old Hannah, and Vallanee who is almost 2. 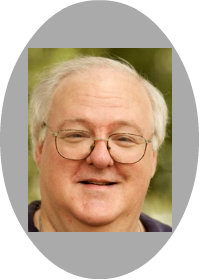 Andre Kropacek, Treasurer - Andre is a relatively new member to the Historic Fort Wayne Coalition. He joined in October of 2009, but, he is NOT new to Fort Wayne. He started his Civil War reenacting career at the Fort in 1972, when he was a junior in high school. When he started at the Fort, they were trying to start an interpretive group. That group was the 1st Michigan Volunteer Infantry, Co. A, “The Detroit Light Guard”.

Andre went on to join on the 17th Michigan Volunteer Infantry. He stayed on with the 17th and became their commander in 1987-1988. At the Bicentennial Gettysburg Reenactment in 1976, the 17th was asked to join a Living History/Reenactment group know then as The Mudsills and Andre found that he enjoyed the living history part of reenacting more than the battles. While staying with the 17th, he also got more involved with The Mudsills. With the Mudsills, Andre has visited many Civil War Battlefields, his favorites being Antietam, Chickamauga, and Shiloh. Also during the time with The Mudsills, he had the chance to visit Fort Wayne a number of times during the 1980’s including several times when the Mudsills garrisoned the Fort. After 1988, he basically retired from reenacting due to family commitments.

Living history is not the only thing that Andre brings to the Coalition. He is an active Alumni Member of Alpha Kappa Psi International Professional Business Fraternity. He joined AKPsi when he went to Wayne State University. While at Wayne State, he studied Music Education, Accounting, and Computer Programming. While in AKPsi, Andre has held several leadership positions including being a Regional Director responsible for Michigan and Ohio college chapters and being on the National Board of Directors for the Fraternity for 5 years. He is still involved with the alumni chapter here in the Metro Detroit area, Motor City Alumni Chapter.

Andre is single. He keeps busy volunteering (besides with the Coalition) at his church, where he is the Coordinator, Choir Director and working in the parish bookstore. You can find him, if not at the Fort, usually at his church. He enjoys reading, watching old movies, and listening to music.